Added
value
to your
innovation

Added
value
to your
innovation

PTG/e can be an extension of your in-house R&D. Whether it is contract research or simply the analysis of a material, you can count on us for professional support. We take a pragmatic approach, which translates into short communication lines internally and regular contact between our researchers and the customer. In this way we can monitor project progress and steer the process as needed.

Our services include organising postdoc-level open courses. And thanks to our large network of lecturers, we are also able to offer (in-house) courses tailored to your specific needs. 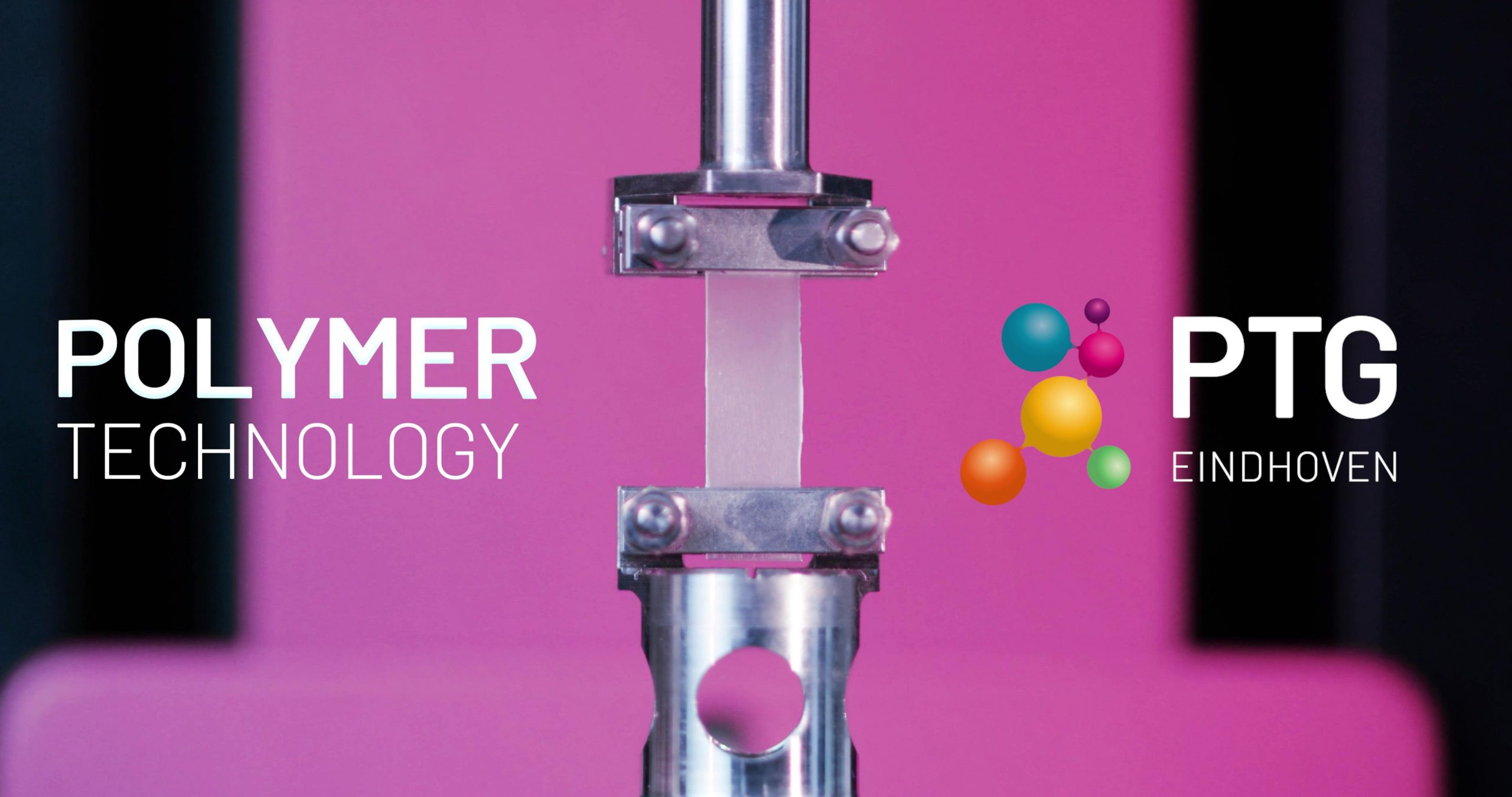 Need an experienced partner to complement your in-house R&D from time to time? For example when you are short of capacity or do not have the necessary expertise in house?
PTG/e is fully equipped to take on a variety of tasks.

Also for shorter term projects, PTG/e is your partner. Comparison of raw materials, material identification or a quick literature scan – these are just a few of the services that PTG/e can perform for you.

With access to a wide network of (own) experts in many areas of chemistry, PTG/e is excellently placed to help you expand your knowledge of polymers. We are organizing customized company specific courses, as well as open PTN courses.

When a material is heated or cooled, its size changes proportional to the original size and the change in temperature. This thermal expansion (or shrinkage) of materials needs to be considered in numerous applications.

We highlight this importance using two common examples, shown in Figure 1, and briefly discuss how we can measure as well as influence this property 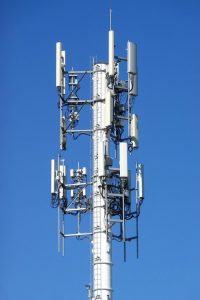 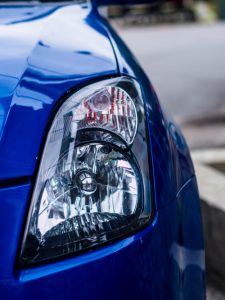 Figure 1. Examples of applications where control over thermal expansion is critical. Left: Antenna tower; right: reflector of a car headlight assembly, visible behind the transparent cover.

The first example comprises 5G antennae, which are increasingly important in our daily lives as they transmit data from our phones, cars, and many other devices. In any antenna, data transfer is most efficient when transmitter and receiver wavelengths are matched. Since 5G operates at high frequency (up to 54 GHz), these antennae can be quite small, as the length of an antenna is inversely proportional to the frequency. Such antenna modules are often densely constructed, in which heat from the integrated circuits can build up. Moreover, many of these antennae are exposed to the everyday weather and fluctuating temperatures. As such, the antenna can undergo thermal expansion, which can lead to reduced efficiency or even damage to the antenna due to material warpage. Therefore, the thermal expansion coefficient is a crucial parameter in material selection for this application.

The other example is a car headlight assembly, particularly focusing on the reflector part (behind the transparent cover), which has a main function to direct the light towards the road. These reflectors are molded plastic parts, coated with an aluminum reflective layer. In such an assembly the temperature can vary greatly, not just from ambient conditions but also from heat generated by the lightbulb itself (although with modern LEDs this is less of an issue). However, the plastic, often polycarbonate (PC), expands much more under increasing temperature than the metal coating. It is not hard to imagine how this can result in delamination of the coating from the plastic, causing the reflector to malfunction. This example also demonstrates the importance of considering the thermal expansion behavior of materials, especially when combining them for any application.

A material’s expansion behavior is captured in the coefficient of thermal expansion (CTE), which can be measured using thermomechanical analysis (TMA). TMA is a technique that accurately measures dimensional changes in a sample, as a function of temperature (or time). Expansion can be measured using quartz compression or tensile probes, but other quartz probes (3-point bending, penetration) can also be used to measure heat deflection temperatures or softening points. Our TMA sample holder and quartz compression probe can be seen in Figure 2 below. 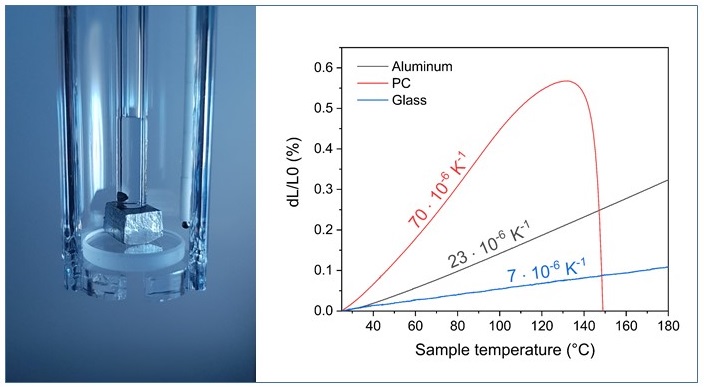 Figure 2. Left: Aluminum sample in the TMA holder. The quartz compression probe accurately measures any length changes. The thermocouple on the right side monitors the temperature. Right: TMA measurement data, with CTE values for each material.

To demonstrate differences in thermal expansion for the materials used in a car headlight assembly, we have measured several materials using our PerkinElmer Diamond TMA: aluminum, PC, and glass. The measurement data is also shown in Figure 2.

We can calculate the CTE of the materials from the slope of the curves in Figure 2, as shown, which are in close agreement with values from literature. Additionally, TMA data can also be used to measure the glass transition temperature (Tg) of a polymer sample; for this PC sample Tg was found to be 148 °C.

We clearly see a large difference in CTE for PC and aluminum, demonstrating the issue for the reflector part of our car headlight assembly, and allowing us to think of a solution. A common method to decrease the CTE of polymers is to add fillers with a low CTE, like glass. Therefore, one possible solution would be to make a PC composite with glass fibers, which is cheap and additionally strengthens the polymer. For example, the CTE of a 30 % glass-filled PC was determined as 22 · 10-6 K-1, which is a close match to the CTE of aluminum and would therefore be a suitable composite material for the headlight reflector application.

However, when compounding such composite materials more aspects need to be considered, such as fiber dispersion during compounding or fiber orientation during processing of the parts. This can result in anisotropy in the material properties, which can be expressed as greatly differing CTEs in the machine or transverse direction. As such, careful analysis of CTE is crucial in many aspects of material and product development.

We are happy to support you with TMA measurements for any of your thermal expansion challenges, so please feel free to contact us for further information.

PTG/e’s unique multipurpose drawing line is capable of stretching tapes and fibers from polyolefins to high-temperature polymers such as polyamides or ketone polymers.  By drawing these materials in one direction, improved mechanical properties (stiffness and strength) can be obtained.

As an example, the higher stiffness of artificial grass is the reason why it stands upright. And higher tensile strength is the reason debris/construction bags and woven shoppers are so strong. In addition to these everyday applications, the composite industry is very interested in the combination of low-density (light-weight) materials and their improved mechanical properties upon drawing. You can find composites based on drawn thermoplastic materials in all kinds of extreme applications, such as aerospace engineering, ballistic protection, oil & gas transport and sports.

The stiffness (tensile modulus) of thermoplastic polymers, like polyolefins, polyamides or ketone polymers, can be controlled by orientating polymer chains. This orientation can be achieved during stretching of the material between the glass transition and the melting temperature of the polymer, which is also called solid-state drawing. See the image below.

How does a drawing line works?
The drawing line consists of a draw unit with 5 godet rolls, a draw unit with 3 godet rolls separated by 2 heating zones in an oven, another draw unit with 3 godet rolls, and finally a winder. The drawing speed can be adjusted per unit, or even per roll on the oven unit. The temperature of each induction-heated roll and oven plate can be controlled separately, up to 280 °C. Afterwards, the materials are collected on a metal or cardboard tube for further analysis either at PTG/e or at the customer. 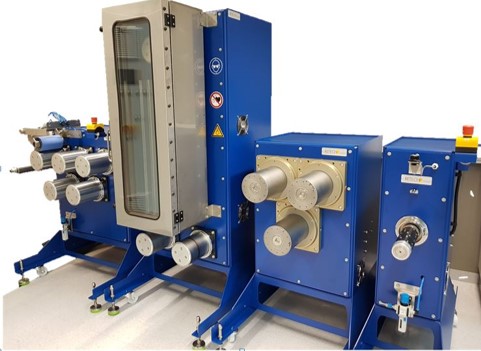 Advantages PTG/e drawing line
Since we are able to draw small lengths of tapes and fibers (starting from 20 meters) on our drawing line, less material is needed for your tests. Also, your own production line can keep running, since you are performing your tests in the PTG/e laboratory.
If you like to learn more about our capabilities, please contact us.

Important properties of polymeric materials like tensile strength and viscosity critically depend on the size, or rather, the chain length of the macromolecules that they consist of. In other words, these properties are defined by the molecular weight distribution and the average molecular weight of the polymer.

Measuring the molecular weight of a polymer therefore provides crucial information for understanding many aspects related to the behaviour of polymeric materials.

The molecular weight of many conventional polymers can conveniently be assessed by a technique called Size Exclusion Chromatography (SEC). This technique separates dissolved polymer molecules according to their size by passing them through a column packed with porous particles. While the larger molecules cannot enter the pores and therefore elute from the column relatively rapidly, the smaller ones do enter the pores of the column material and thus experience a net retardation. The final result is a chromatogram, showing the amount of material eluting from the column versus the elution time, with the elution time being inversely related to the molecular weight. 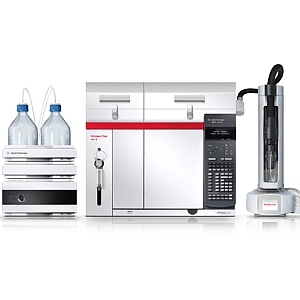 One key issue with SEC is the fact that polymeric materials need to be dissolved in a suitable solvent. However, not all polymers are the same and their solubility heavily depends on their chemical nature and molecular weight. While many common polymers (e.g. perspex or polystyrene) are easily dissolved in tetrahydrofuran (THF), more polar materials like polyamides or some polyesters, require hexafluoroisopropanol (HFIP) for complete dissolution. Even water (H2O) may be the only suitable solvent for certain polymers. On the other hand, the industrially important class of polyolefins (e.g. polyethylene, polypropylene) can only be dissolved in a chlorinated solvent and the complete SEC analysis is performed at 160 °C!

It is clear that every type of material needs specific measurement conditions to assess its molecular weight. At PTG/e, we have many years of experience with polymers of widely varying nature. Our state-of-the-art SEC equipment, running on different solvents, enables us to cover molecular weight determinations of almost any polymeric material, including those that are notoriously ‘difficult’ to dissolve.

Please contact us if you would like to find out whether molecular weight determination by SEC can provide a breakthrough insight into your material of interest! 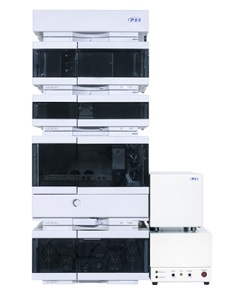 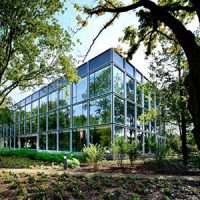 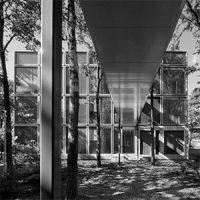 Find out what we can do for you! 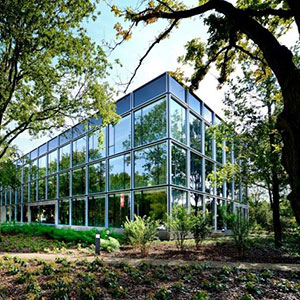 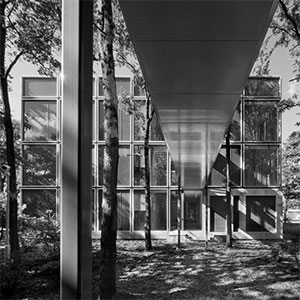 Our location in Brainport Eindhoven located at TU/e

Find out what we can do for you!